I strive to gain a deep understanding of my clients’ situations so I can provide them with ideal solutions and the best service possible. 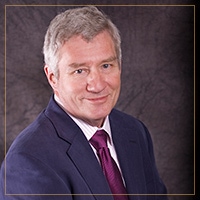 Roger joined Leone, McDonnell & Roberts, Professional Association in 2002. He is well-known throughout the firm for his excellent listening skills, as he always seeks first to understand his clients’ objectives and then to explore all possible avenues to achieve their goals. Roger provides expert tax, attest and management advisory services for his clients, which include closely-held businesses in the manufacturing, distribution and wholesale, retail construction and services industries. In addition, he regularly works with not-for-profit organizations and retirement plans.

Prior to joining Leone, McDonnell & Roberts, Roger worked for three years at regional CPA firm Cummings, Lamont & McNamee, P.A. Prior to that role he was a shareholder at Purdy, Bornstein, Hamel & Burrell, CPAs, a firm he co-founded in 1980. Roger began his public accounting career at international firm Arthur Young & Co. (now known as Ernst & Young), where he worked for 10 years.

Since his career began more than four decades ago, Roger has maintained his commitment to his clients’ best interests and financial well-being. In one proven example, he identified and corrected a computer conversion error which had cost his client approximately $1 million in lost revenues over a six-month period. Without Roger’s scrutiny, the error would have remained undetected and resulted in even more significant losses.

Roger was originally inspired to pursue an accounting career by his parents. He also credits them for instilling in him the values of hard work and selflessness, which they exemplified through their dedication to providing for their children and future generations. Roger attributes his professional success to his creativity, persistence and ability to see the “big picture”.

Roger lives in Durham, New Hampshire with his wife, Marlene, and in 2019, is transitioning toward retirement.