Cryptocurrency and Taxes – What You Should Know 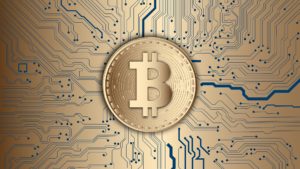 The IRS recently announced that they have sent almost 10,000 letters to taxpayers who may have incurred a tax liability due to unreported cryptocurrency transactions. These individuals have been identified using data analytics as part of the IRS’s expanded efforts regarding non-compliant taxpayers and cryptocurrency. The government’s goal is to not only make these identified taxpayers compliant but also to educate taxpayers on the reporting requirement that was initially addressed in Notice 2014-21 detailing the taxability of these transactions as well as a very informative FAQ section.

What is Cryptocurrency?
Also known as “virtual currency,” the IRS defines cryptocurrency as “a digital representation of value that functions as a medium of exchange, a unit of account, and/or a store of value.” In many ways, it operates just as coin & paper currency. However, it does not have legal tender status.

When a digital currency has an equal value in another currency form or acts as a substitute for money that has a recognized and legal tender status, it is considered to be “convertible” virtual currency. The most common convertible virtual currency is Bitcoin. However, there are currently more than 4,000 different virtual currencies.

Taxability of Cryptocurrency
Per the IRS, the sale or exchange of convertible virtual currency, or the use of convertible virtual currency to pay for goods or services in a world economy transaction, has tax consequences that may result in a tax liability. As a result, any time cryptocurrency is traded, sold, or used as money to pay for goods or services, a taxable and reportable event has occurred.

The IRS treats cryptocurrency as property. Therefore in most instances when an individual trades, sells or uses the cryptocurrency to purchase goods and services, it results in a capital gain or loss, so if it held for longer than a year, it is subject to the more favorable long-term capital gain rates.

However, if you are the one who receives the cryptocurrency for payment for your services, goods you provide, or as an employee, it is includible in your gross income subject to ordinary income tax rates and possibly subject self-employment taxes or other employment taxes.

Payments made in the course of a trade of business over $600 is subject to the same information reporting as legal tender and is also subject to backup withholding. These filings are the predominant way the IRS has been able to identify non-compliant taxpayers, which resulted in the IRS issuing the letters to taxpayers in August.

Types of Notices
The following are the types of letters the IRS have sent out and the level of response that needs to be taken when received:

Letter 6174
This is the most basic letter sent by the IRS. A Letter 6174 does not require a reply, and the IRS states there will be no follow-up on it. However, the letter does issue a warning that amended returns should be filed and the taxpayer should be compliant in future filings, or enforcement action may be taken.

Letter 6174-A
This letter also requires no response. However, taxpayers still need to correct any returns where cryptocurrency transactions were omitted. If you do not file amended returns or file delinquent returns, the IRS warns of future enforcement. The taxpayer also cannot use the excuse that they didn’t know the law when trying to abate penalties and interest in any future enforcement action.

Letter 6173
This return does require a response, either in a written statement to the IRS that they have complied with the law or by filing a return that reports the transactions. Also, any returns that have already been filed with omitted transactions involving cryptocurrency must be amended and submitted. Taxpayers who ignore this letter may face an audit where their entire return will be scrutinized.

What Should You Do?
If you receive one of these letters, please contact us. Also, even if you haven’t received a notice but know that you have transactions relating to cryptocurrency, please seek us out. We can help educate you on your requirements, help you obtain IRS transcripts to show what has been reported to the IRS in your name, and file any amended returns to make you compliant with the current tax laws. It is always better to be proactive instead of waiting for a letter to come in the mail.