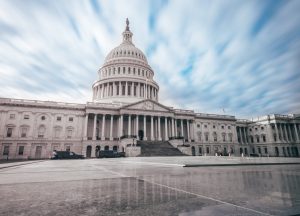 The Infrastructure Investment and Jobs Act was recently signed into law on November 15th, 2021. The act authorizes $1.2 trillion for the funding of roads and bridges, transit and rail, broadband upgrades, airports, ports and waterways, electric vehicles, improvements to power and water systems, certain environmental remediation, as well as other projects.

The act contained relatively few tax provisions. However, these provisions are important to note. The significant tax provisions include the Employee Retention Tax Credit (ERTC), which previously authorized employers to potentially claim a credit for wages paid through the fourth quarter of 2021, will now end on September 30th, 2021. In most cases, wages paid after this date will no longer be eligible for the credit.

The legislation broadens information reporting requirements for brokers and digital assets by expanding the definition of “broker” to include anyone, who for consideration, executes “transfers of digital assets on behalf of another person.” The legislation will also require brokers to file information returns reporting transfers of digital assets to accounts that are not maintained by brokers to limit the significant detection problem of digital assets that has contributed to the rise and risk of tax evasion. The Infrastructure Investment and Job Act also includes taxpayer-friendly deadline extensions for military as well as victims of federally declared disaster areas.