The TCJA And Your Paycheck: Why You Should Check Your Withholdings Now 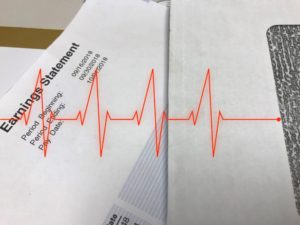 As the most significant tax legislation change in over three decades, the new Tax Cuts and Jobs Act (TCJA) is likely to mean many things to many people. For some, the recently approved lower tax rate on more income dollars will directly translate into higher deductions and returns for people across every tax bracket. However, for others, the modified tax laws could result in people actually owing the IRS money at the end of the year, especially if they never adjusted their paycheck withholdings to accommodate the new legal requirements.

A Paycheck Checkup Can Help You Know What To Expect Come Tax Time
Not exactly sure how the Tax Cuts and Jobs Act will impact you? Don’t wait until April to find out where you’ll land with claims and deductions. The best way to prevent a major case of sticker shock come tax time is to perform a “paycheck checkup” now to determine if you’re withholding enough out of your paycheck during every pay period.

While the IRS recommends that everyone should perform a paycheck checkup before the end of the year, there are several groups of people who may be more impacted by TCJA legislation than others, including:

The best part about a paycheck checkup is you can begin the process yourself. The IRS offers an online withholding calculator on its website. This digital resource is specifically designed to help taxpayers understand their current withholdings and determine if it’s sufficient based on their responsibilities.

There’s Still Time To Make Necessary Changes (Yes, Really)
If you’re not happy with your current withholding results, it’s important to complete a new Form W-4 and submit the document to your employer as soon as possible. Even though 2018 is rapidly coming to a close, withholding occurs throughout the year. You can still change your deductions now to make a difference when you officially file in 2019.

Worried about the TCJA’s impact on you? We can help. Contact Leone, McDonnell, and Roberts, Professional Association today to discuss your withholdings with a member of our staff.