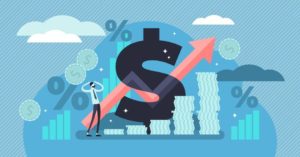 Inflation has long been an ongoing benchmark for measuring the U.S. economy. From June 2021 to 2022, the inflation rate reached 9.1%, which is the highest the country has seen since November of 1981. Rising costs can be seen everywhere but are often notably found in the escalating costs of gas, rent, and food.

Prices Rising From Just a Year Ago
The price of fuel in June of 2022 is up 60% compared to June of 2021. Fortunately, prices are finally starting to head towards the $4 mark, which is a sign of relief to many. Still, the rising costs for consumer goods are impacting other areas as well. Many U.S. public company audit partners have weighed in on the effect of inflation in the business sector.

What Audit Partners Have to Say About the Current Economy
About 75% of those current public company audit partners believe that the ongoing issue of rapidly rising inflation will continue well into next year and potentially even further. According to a recent survey conducted by the Center for Audit Quality (CAQ), which includes eight of those firms, of the 700 surveyed, 77% believe that inflation will cause their primary business sector to raise prices beyond their historical trends to offset the impact of inflation. Consumer and industrial products are considered the top sectors of those surveyed. These audit partners were asked to choose up to three major economic challenges companies will face in the next year. Inflation was the number one choice at 62%, followed by labor shortages at 52%, and supply chain shortages/disruptions at 50%.

Labor Issues Can Also Impact U.S. Markets
As most of us know, there are labor struggles occurring throughout the United States. Recent CAQ survey results indicate that 53% of those surveyed stated that acquiring and retaining talent is the top priority for the public companies they audit. Various methods are being used for this purpose, but the top two methods include: allowing employees more flexibility in their work-life structure and increasing employee’s compensation.

The Federal Reserve’s Response
The Federal Reserve is currently involved in its most aggressive monetary policy tightening since 1994 due to historically high levels of inflation. They raised the main interest rate by 75 basis points both in June 2022 and then again in July 2022. However, there is uncertainty on how they will respond to various data points in the months ahead.