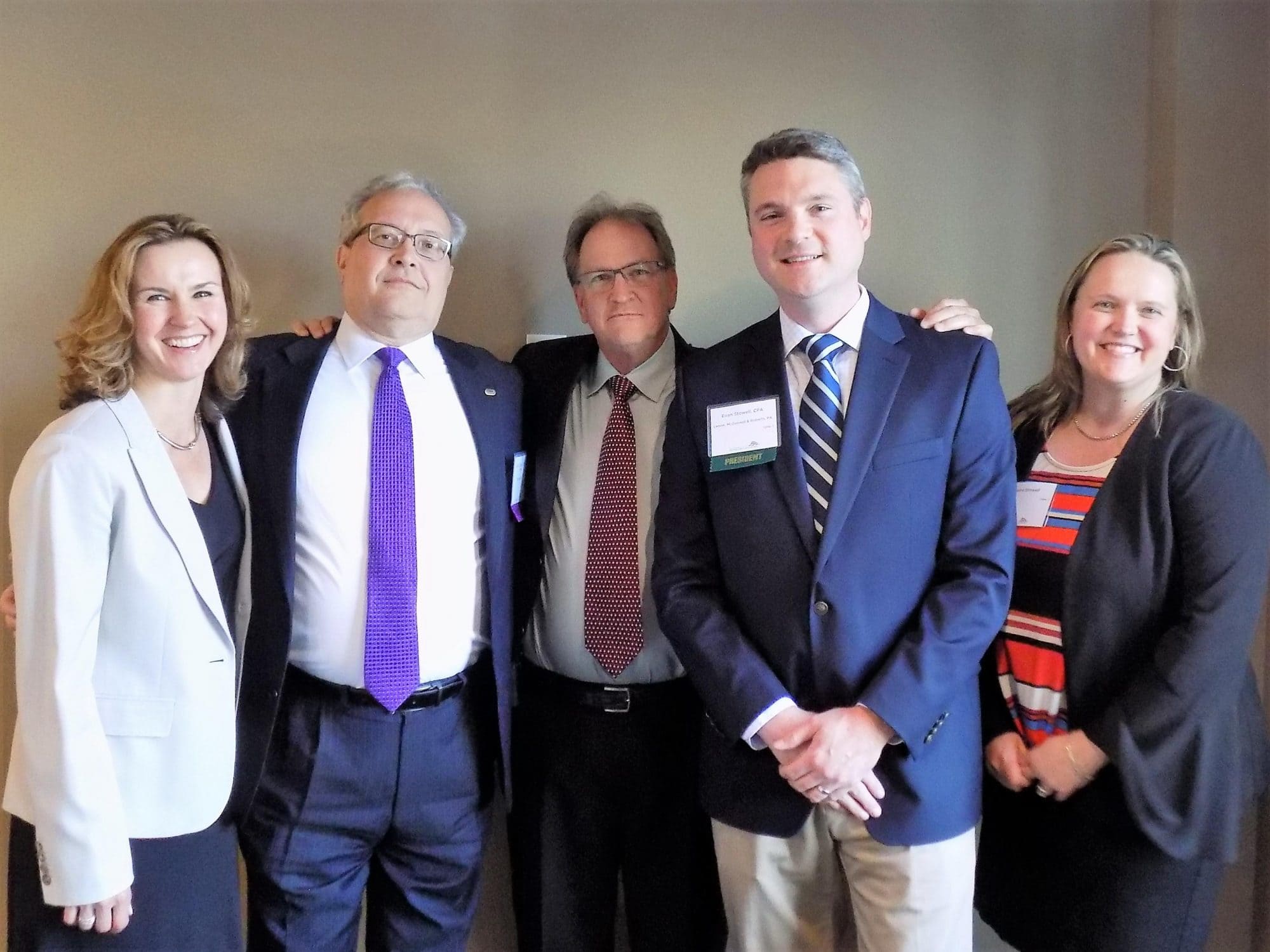 The New Hampshire Society of CPAs (NHSCPA) recently held their Annual Meeting and CPA Inauguration at the Manchester Country Club. At the event, Leone, McDonnell & Roberts Shareholder Evan Stowell, CPA was installed as NHSCPA Board President. Stowell joined the NHSCPA in 2010 and has served in various roles throughout the organization including assisting on the Young Professionals and Golf Tournament committees.

Stowell announced new initiatives for the Membership Association at the NHSCPA event including a new smartphone app (search NHSCPA on google or Apple app store). The App is a new benefit for members allowing them easier access to society information, event listings, and the ability to search over a thousand live and web based CPE programs.

Stowell also launched the NHSCPA’s new volunteer initiative, Credits for Community. The NHSCPA has partnered with Volunteer NH and the Granite United Way to offer members the opportunity to earn credits towards in house continuing education by volunteering through Volunteer NH’s volunteer HUB. The NHSCPA plans to give their members one free hour of CPE for every two hours they volunteer, up to eight hours per year.

“Evan has been a tireless advocate for the accounting profession. His experience, vision and ties to the local community will serve the NHSCPA organization well,” said Managing Partner Jack Callahan at Leone, McDonnell & Roberts.

Stowell joined Leone, McDonnell & Roberts in 2002, and in his current role as Partner, he specializes in audit engagements and provides a variety of taxation and accounting services to individuals and businesses. In addition to his service with the NHSCPA, his current and past volunteer service includes Rochester Opera House, Cornerstone VNA, Rochester Startup Challenge as well as several youth sports organizations. Stowell resides in Somersworth with his wife and their two children. Outside of the office, he enjoys golfing, boating and skiing.